Formed in 2009 at St Donats Arts Centre in the Vale of Glamorgan to be a community choir for the area. This allowed anybody who wished to sing, irrespective of experience and age, learn under the direction of Musical Director Carl Grainger.  Eight years later, with over 50 members and now a registered charity in its own right, the Chorale has a musical repertoire of over 80 pieces of music, including Handel's Messiah, Bach's St John Passion, Faure's Requiem, Vivaldi’s Gloria and more modern pieces from the 50’s,60’s and 70’s.Pieces are sung in different languages - Welsh, English, Italian, French German and Norwegian- the choir has a strong reputation to uphold .

The choir rehearses  on Monday evenings from 7.30 to 9.30pm at the Our Lady & St. Illtyd, Ham Lane East Llantwit Major, and is open to anybody who just enjoys singing.

The choir has toured to Norway and sung at Bath Abbey, Llandaff Cathedral, The Millenium Centre in Cardiff ,Dyffryn Gardens and All Saints Church in Barry  as well as supporting community events around the region.

In the summer of 2017 Carl Grainger, our founding musical director, retired to live in France; the choir have appointed Eugene Monteith  as their new Musical Director. 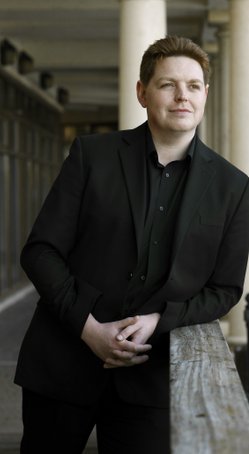 Born in Ireland, Eugene Monteith read music at Queens University Belfast studying trumpet and composition before going on to study conducting with David Jones, Adrian Partington, Simon Halsey and Neil Ferris at The Royal Welsh College of Music and Drama, graduating with a PG Diploma in Orchestral Conducting and an MA in Choral Conducting.

In 2015, Eugene was the winner of the RTÉ Conducting Competition in Dublin (winning both the main prize and the orchestra prize). Since then he has conducted BBC National Orchestra of Wales, RTÉ Concert Orchestra, Ulster Orchestra and Southbank Sinfonia.

Eugene enjoys conducting opera and is a former Young Artist at NI Opera where he conducted productions of A Hand of Bridge and Der Schauspieldirektor, and was assistant conductor on productions of Hansel and Gretel; The Flying Dutchman; The Bear; Dido and Aeneas; The Elixir of Love and Macbeth. He has also conducted several new commissions at Welsh National Opera including The Sleeper by Stephen Deazley, Mr Benn by Stephen McNeff, and The Hidden Valley by Richard Barnard.

The choir relies heavily on members and audiences to provide the funds necessary to develop and perform a wide-ranging repertoire to suit all tastes.

We  are always looking for new ways to sustain our on-going commitment to the development of our open ’no audition needed’ community choir .

Can you help? Whether you are a lover of music, or a local employer / business with a desire to support community-based activities – we’d love to hear from you.

To pledge your support either direct or in-kind – please contact Graham Price on grahamprice80@hotmail.com and we can discuss the mutual benefits of  supporting community-based cultural activities.